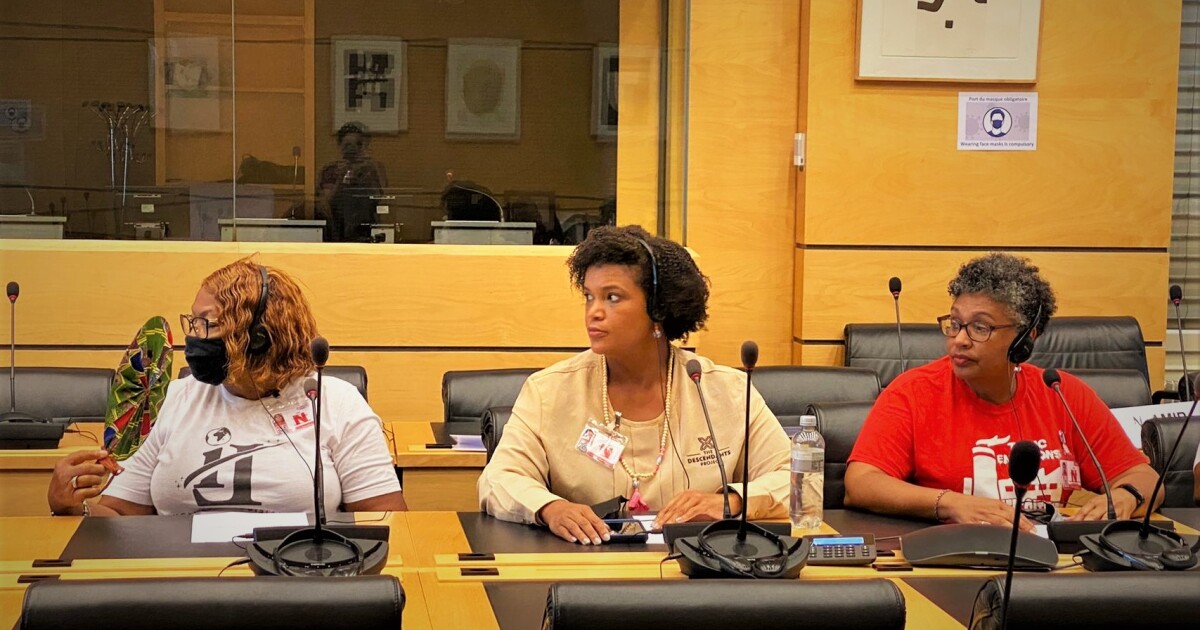 An international panel of human rights experts on Friday asked the federal government for more details on how it intends to address pollution concerns from petrochemical development along the Mississippi River in Louisiana.

The Committee on the Elimination of Racial Discrimination met this week in Geneva, Switzerland, to review the United States’ progress in ending all forms of discrimination, as mandated by an international treaty passed in 1969, from brutality and racial profiling to health care and Hate Speech – and Environmental Justice.

A delegation of Louisiana residents living in the parishes of St. John the Baptist and St. James also traveled to Switzerland, hoping to take their struggles against the expansion of heavy industry before a higher power. The four-day trip resulted in the committee’s rapporteur, or senior moderator, saying the Biden administration had not responded to questions about pollution from petrochemical complexes, inadequate protection of burial sites for enslaved people, and compensation for slavery.

“We would really appreciate a direct response, particularly regarding the situation of Native Americans in Cancer Alley, Louisiana, and the question of the desecration of black history through the state’s failure to uphold the burial rights of formerly enslaved people,” he said reporter Faith Dikeledi Pansy Tlakula from South Africa on Friday.

“Cancer Alley” refers to the region stretching along the river from Baton Rouge to south of New Orleans, where residents have complained of health effects from the area’s industrialization since the 1960s. Louisiana officials and the chemical industry have decried the term, noting that there is no clear link between the plants and cancer rates.

The EPA has found that areas within the corridor are at an increased risk of cancer compared to the rest of the country.

Chair Verene Shepherd said US government officials have 48 hours to respond to the committee’s request for more information.

Residents representing three advocacy groups — Concerned Citizens of St. John, Inclusive Louisiana, and The Descendants Projects — welcomed the international committee’s request and shared their experiences abroad during a livestream later in the day. They testified before the committee and US officials on Tuesday and Wednesday.

“When we came here, we had hope,” said Barbara Washington, a resident of St. James, a co-director of Inclusive Louisiana. “When we see how they heard our cries and our pleas, we are confident that we will achieve something.”

The groups traveled to Switzerland to call for a moratorium on industrial expansion with the help of the national legal non-profit Center for Constitutional Rights, which also submitted a report on their behalf to the UN. Vincent Warren, the nonprofit’s chief executive, said they plan to continue talking to government officials when they return to the country.

Jo Banner, co-founder of the Descendants Project, said the groups have also been in talks with the United Nations Educational, Scientific and Cultural Organization about the possibility of creating protected heritage sites in the region to prevent further disruption of black burial sites . UNESCO maintains a list of World Heritage Sites, or areas of great cultural importance in a country that the government is committed to preserving.

The Descendants Project has already entered discussions with the US National Park Service to make its section of St. John’s West Bank a federally recognized historic district that could offer similar protection.

The trip comes just over a year after a United Nations-appointed special rapporteur, or independent human rights expert, described conditions in the River Parishes “a form of environmental racism” and professed federal regulations failed to protect residents. They claimed that continued construction of new petrochemical complexes would worsen pollution and disproportionately affect black communities.

St. James resident Myrtle Felton, who also runs Inclusive Louisiana, said she feels the battle has turned in her favor.

The stress hormone cortisol could long explain COVID — and how to treat it, Yale researchers say