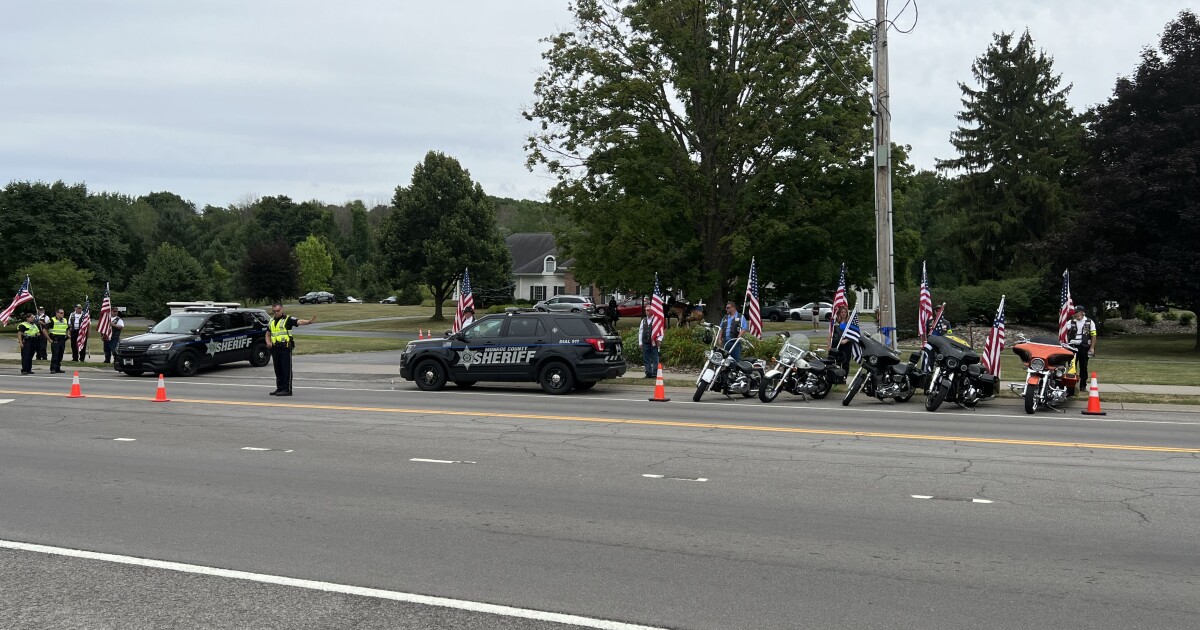 Thousands of law enforcement officers have paid their respects to Rochester Police Officer Anthony Mazurkiewicz, who was shot dead during an investigation last month.

There was a steady stream of mourners at Perinton’s office hours on Sunday, including members of various motorcycle clubs, some of whom stood silently beside their bikes with American flags on Route 31 outside the Keenan funeral home.

Mazurkiewicz was killed on July 21, shot while sitting in his unmarked police car. His partner Sino Seng was injured but is recovering, and a 15-year-old girl was also injured. A 21-year-old Massachusetts man faces murder and other charges.

RPD Lieutenant Greg Bello said law enforcement officials from across the US and Canada were in town to pay their respects.

“That’s really how Tony was, just the great guy and the great cop that he was,” Bello said. “I mean 29 years, almost 30+ years in law enforcement, he’s dedicated his entire life and now sadly the end of his life to our community and the safety of our community. So to have this abundance of support is humbling to say the least.”

On Sunday evening, the City of Perinton invites parishioners to “Light Perinton Blue” along a processional route from that city to downtown Rochester.

This procession is expected to leave the Keenan Funeral Home around 8:30 or 9:00 p.m. Sunday to take the body of Officer Mazurkiewicz to the Public Safety Building in Rochester.

The townspeople are invited to use their cellphones to play a YouTube video of Perinton that contains a blue commemorative image and also to place a piece of tape over their phone’s flashlight and paint the tape with a blue marker.

The funeral is scheduled for Monday noon at the Blue Cross Arena. It will be attended by thousands of law enforcement and other local and state first responders, as well as family members and some political leaders, including Gov. Kathy Hochul.

The public is not personally invited to the service, but can follow the service via live stream.

WXXI Radio will broadcast audio from the service on AM 1370 and FM 107.5, and audio and video will both be streamed at wxxinews.org

Due to the funeral service, there will be several road closures on Monday morning.

The following roads will be closed to traffic from 08:00 on Monday: