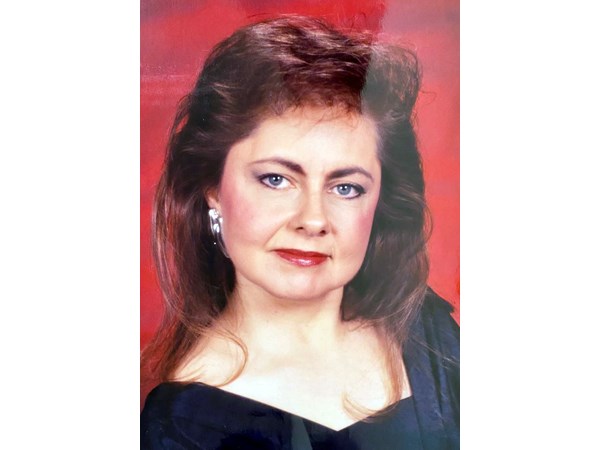 We are so incredibly sad to announce the death of our dear Mary Louise. Mary died peacefully on September 20, 2021 in Roanoke, VA.

Mary graduated from LaCrosse Central High School in 1970. The first of her generation of siblings to graduate with a bachelor’s degree, Mary graduated from the University of Wisconsin LaCrosse in 1974 with honors in the top 10% of her class. Mary majored in French and was not only bilingual but also beautiful and talented.

As an accomplished seamstress, Mary made dresses, hats, milium-lined coats, seat covers and curtains, many of them in her own design. Generously and kindly, those of us lucky enough to be on our gift list received many hand-knitted or crocheted treasures. A hat, scarf, mittens, baby sweater and maybe even some baked goodies. When she was young, lemon bars, apple pie, and cookies were Mary’s signature specialties.

She lived and worked alone, first in Chicago, then moved to Virginia, was independent and not afraid of challenges. When Mary tried to do something, she succeeded. She would read a book or take a class to teach herself a new skill. Whether it was making a new craft for the holidays, remodeling a bathroom, redecorating her home, or doing her own landscaping, her determination and flair always made it look easy.

Atheletically, Mary was a runner, walking long distances, enjoying both downhill and cross-country skiing, sailing and even parasailing. Her walks may have slowed down to leisurely walks around the neighborhood with her husband and visits to LaCrosse, but her regular horticultural classes have never let up. Yes, Mary came home to visit her family, but her favorites from Wisconsin were just behind. Bratwurst with sauerkraut, Coney Island hotdogs (always a double dog), visits to Riverside Park, malt columns at The Pearl, the Oktoberfest parade and the popular stop at Rudy’s Drive-In so that it could be “served on roller skates”. “

Mary was the thoughtful, intelligent one. Diplomatic and the steadfast voice of reason, she was our role model. Combined with her wit, blue eyes and that amazing smile, she really was the best of all of us.

Mary married the love of her life, Floyd C. Moretz, on August 28, 2004 in Roanoke, VA, where they built a beautiful home together. Affectionately known as “Favorite Aunt Mary” and “GranMary”, Mary will be greatly missed by those lucky enough to know her, their family and friends alike.

Mary had died before death of her father, a little sister Angela Mary, her mother-in-law Muriel Moretz and her father-in-law Cicero Moretz.

Mary’s memorial service was held in Roanoke, VA, on Monday, September 27, 2021. A local service for Mary will be announced at a later date.

In memory of our dear Mary Moretz, donations can be made to the Lewy Body Dementia Association (lbda.org).

“Tomorrow is not promised to anyone.”

We have been truly blessed to have Mary in our lives for so long.

Mike Tindall’s ‘proximity to William created a dilemma’ with Prince…