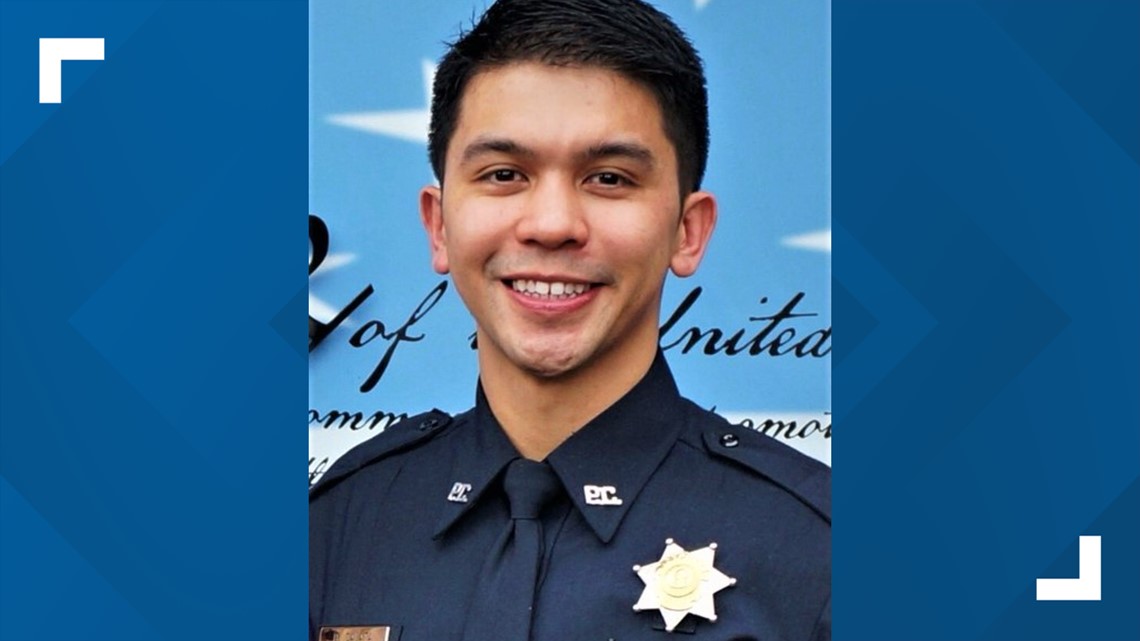 The body of Pierce County Assemblyman Dominique Calata is moved from the Washington State Fairgrounds to the Church for All Nations on March 25.

PUYALLUP, Wash. — Editor’s note: The above video originally aired on March 19, when Calata’s body was being escorted to the coroner’s office.

The route will be as follows:

In addition, 112th Street East will be closed from Seventh Avenue South to Pacific Avenue South in Parkland from 10:00 a.m. to 4:00 p.m

A celebration of life will be held for Deputy Calata at 1:00 p.m. at the Church for All Nations at 111 112th St. E in Tacoma. The service will be open to the public.

Deputy Dominique Calata, 35, died after being shot March 15 during a SWAT operation in Spanaway.

The South Sound Gang Task Force was serving a second-degree assault warrant for 40-year-old Jeremy Dayton. According to Wendy Haddow, a spokeswoman for the Tacoma Police Department who is helping with the investigation, the task force had reached out to the Pierce County Sheriff’s Department’s SWAT team for help based on Dayton’s previous felony convictions.

Gunfire was exchanged between Dayton and law enforcement during the operation, Haddow said. Calata and Sergeant Rich Scaniffe were shot dead. Dayton was killed at the scene.

Calata served in the Pierce County Sheriff’s Department for six and a half years and was assigned to the Edgewood Police Department’s Patrol Division. He was also a US Army veteran and served in the National Guard for the past seven years.

Calata was married and had a 4-year-old child.